With eyes glued to the tornado warnings on our smart phones, we hovered in the evening rain at our Mississippi campsite at the beginning of the week and braced for the worst.  But our wishes for the rain to go away were granted.

As we pedaled into Alabama, we shed our rain coats, rain pants and extra layers for lovely dry pedaling.  We cycled over a graceful, five-mile bridge to Dauphin Island, protected by pelicans and Fort Gaines. 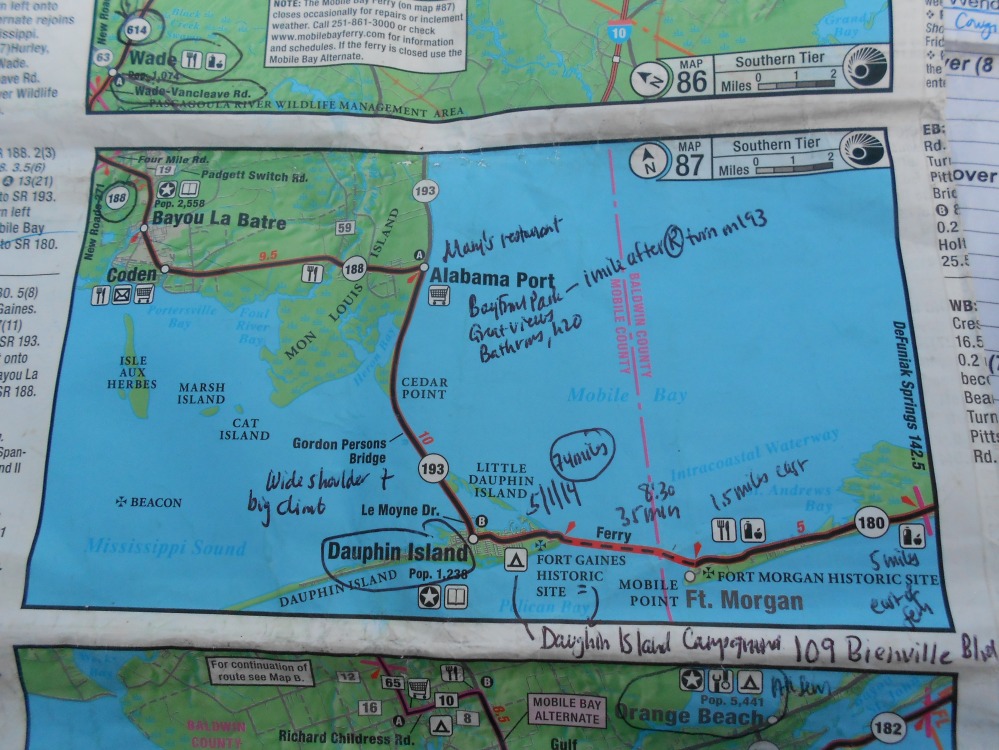 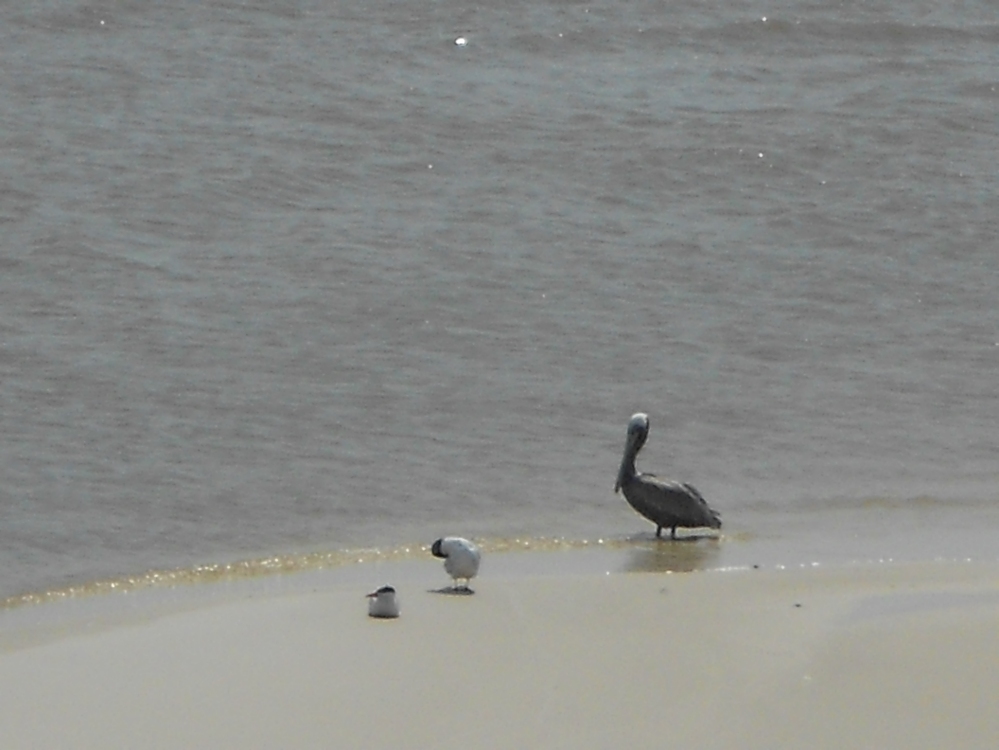 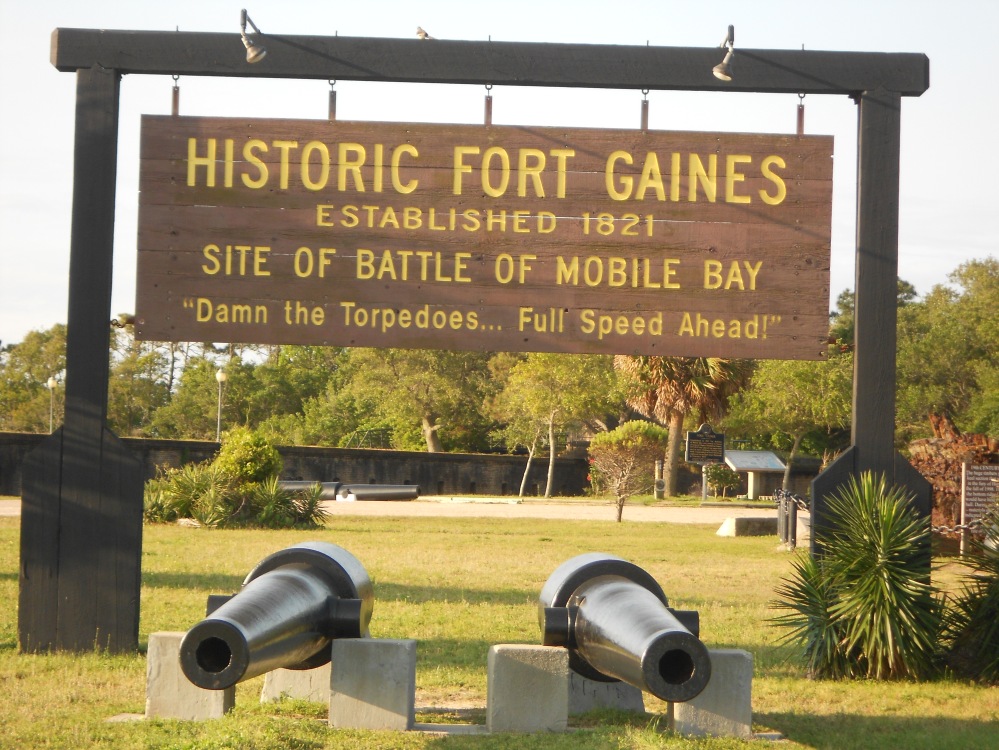 We were thrilled that the ferry was running the next morning after two days of closure.  Our alternative was a long swim…

The ride across Mobile Bay was beautiful (and included a close-up of an oil platform).

We were greeted by more pelicans and a wet park adjacent to the ferry landing. 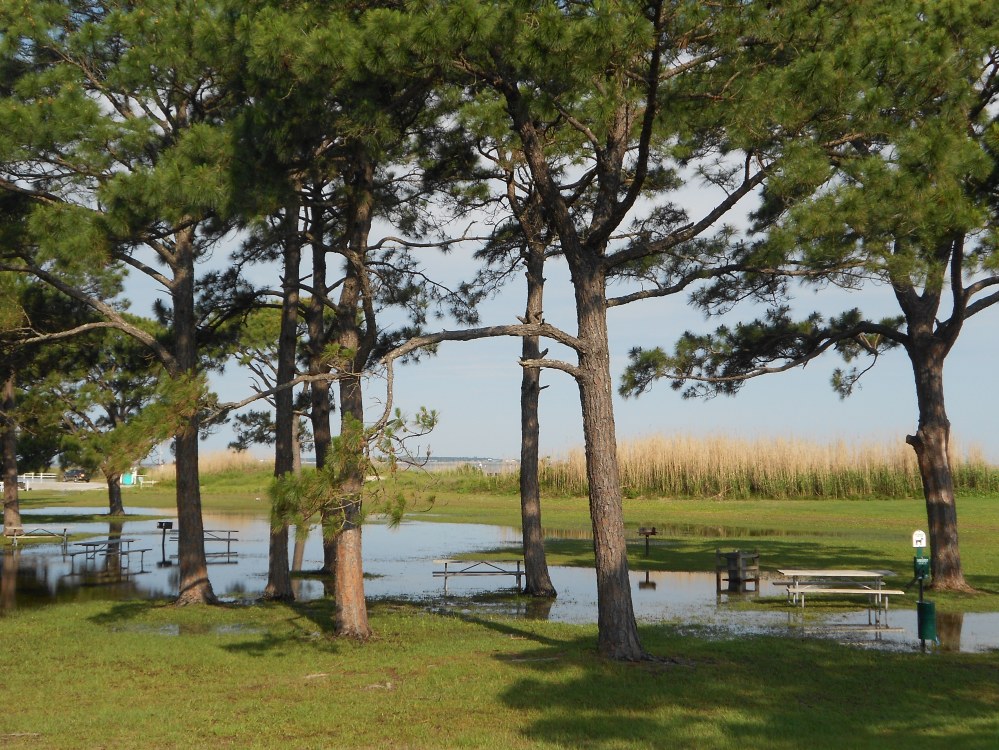 Here’s Cindy winding her way along the flooded road along the peninsula after we got off the ferry, still in Alabama.

There were plenty of lots for sale. 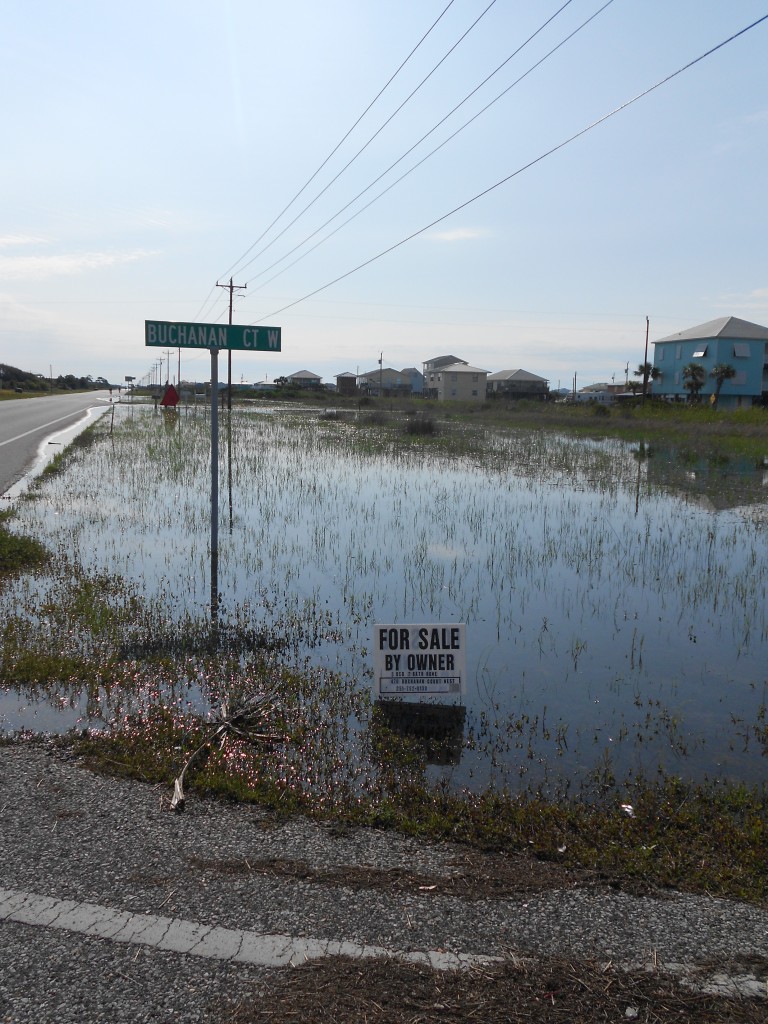 The sections along the beach were lovely.

But the heavy rains left flooded roads and campsites from Mississippi to Florida.

We were meant to stay at this aptly named state park last night where the park entry and campsites were under water. Instead, we stayed down the road at the Pensacola Navy Base on higher ground where we also got to see the light house and the Navy Aviation Museum. 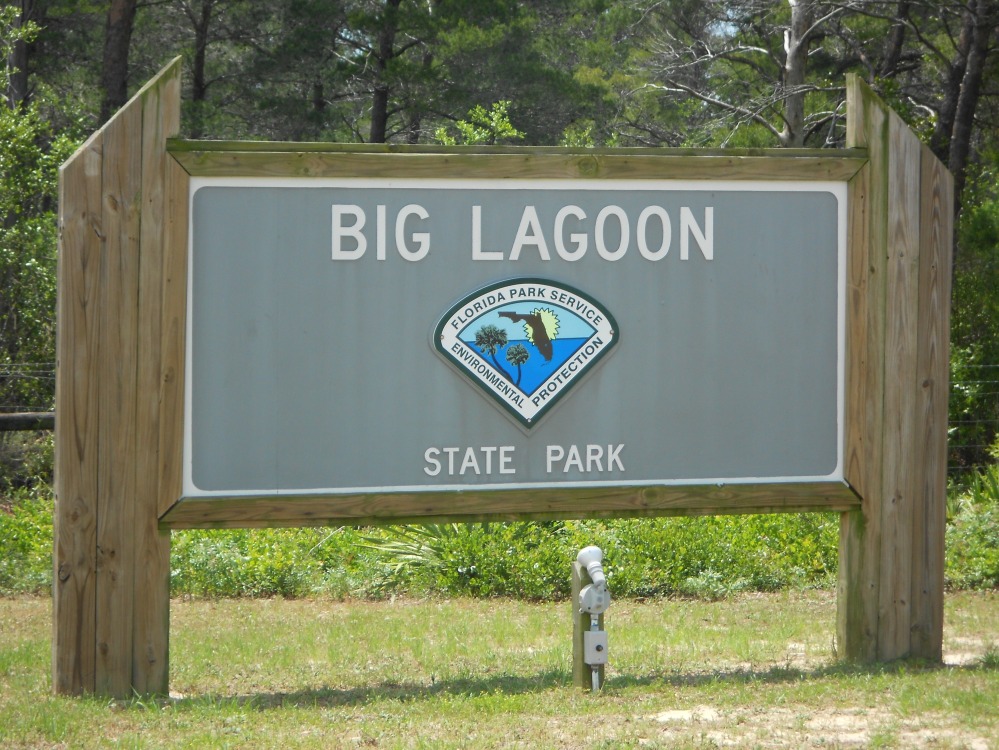 This impressive Navy plane was the first to fly across the Atlantic in 1919.  There are times when we wish we had something like this to transport us over the rougher parts of our trip (like the sections of Louisiana with a preponderance of bike-chasing-dogs.) 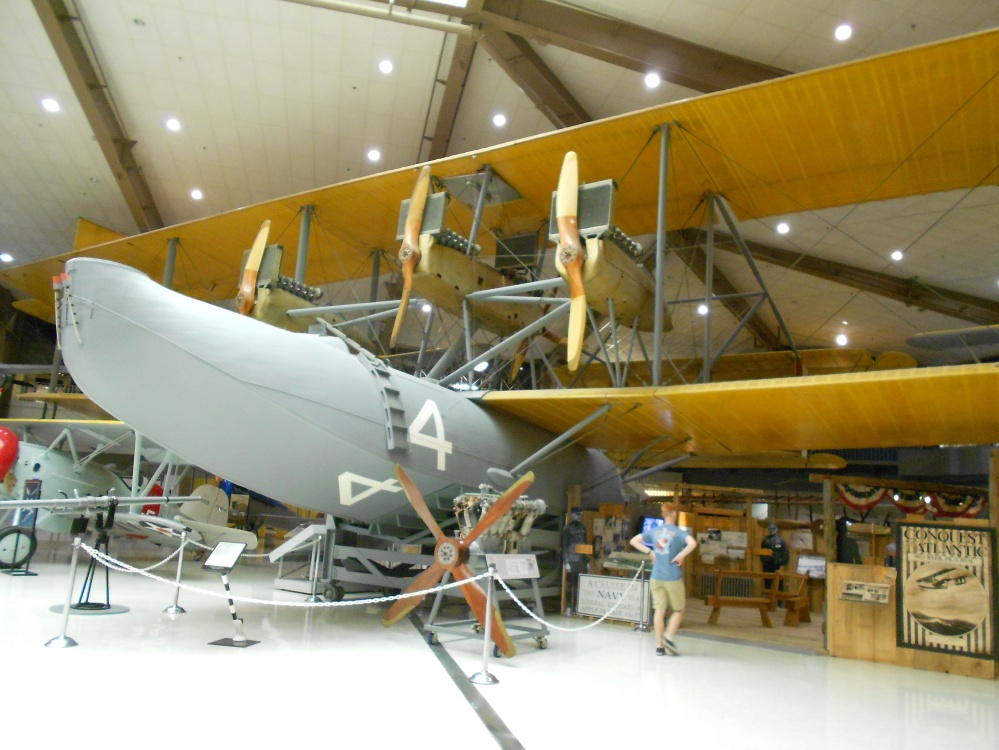 Our leaders entertained us at the Navy Base campsite with debris they had found along the road that day.

Riding out of Pensacola today required multiple detours due to collapsed and flooded roads and yards. 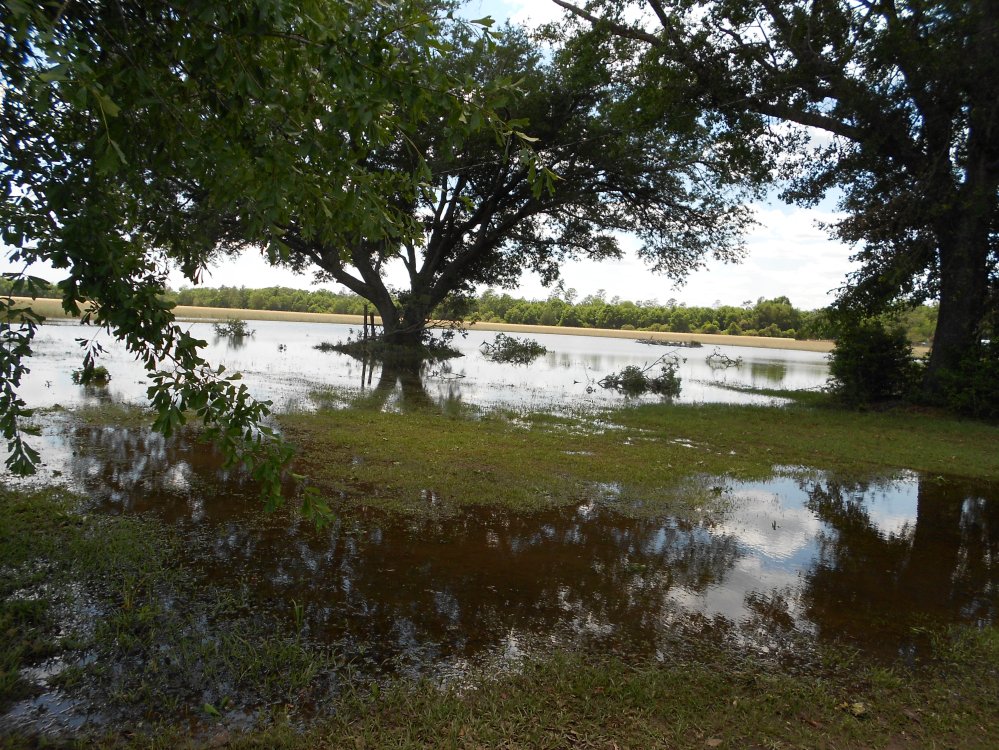 We learned from a local bystander that the guy driving this truck was okay despite his destroyed vehicle.  He was, however, served with a DUI infraction which led another local to proclaim, “He must have thought the wrath of God had come down upon him.”  We all agreed he was unlikely to be a repeat offender. 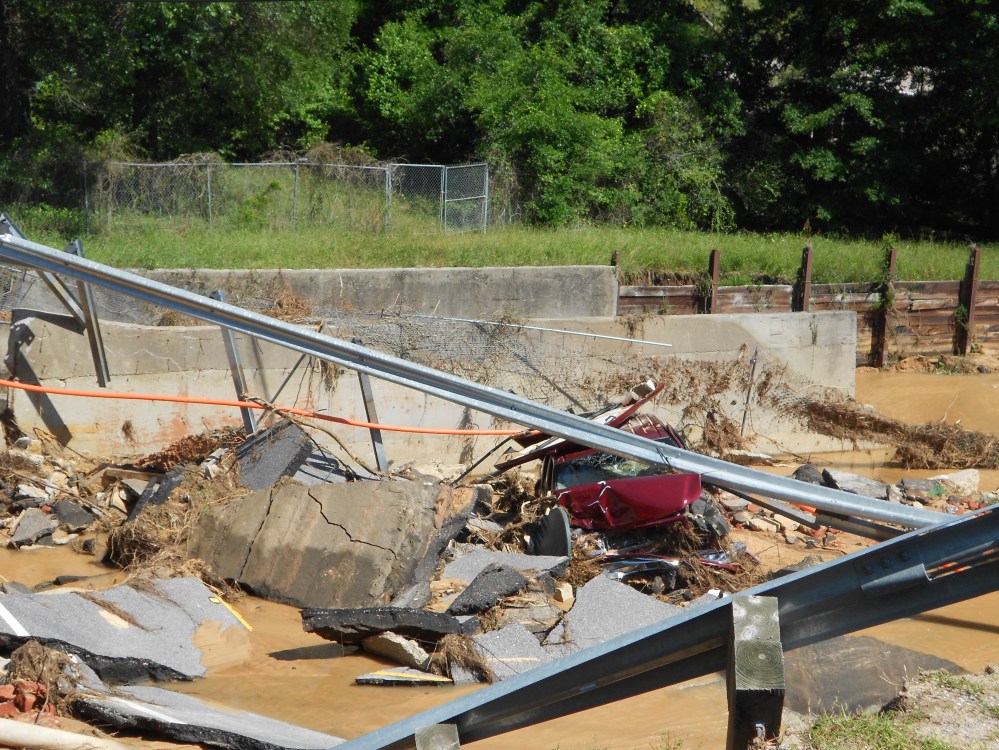 As my fellow cyclist (who was raised southern Baptist said), burning might be preventable, but not flooding…

There ARE still miracles. 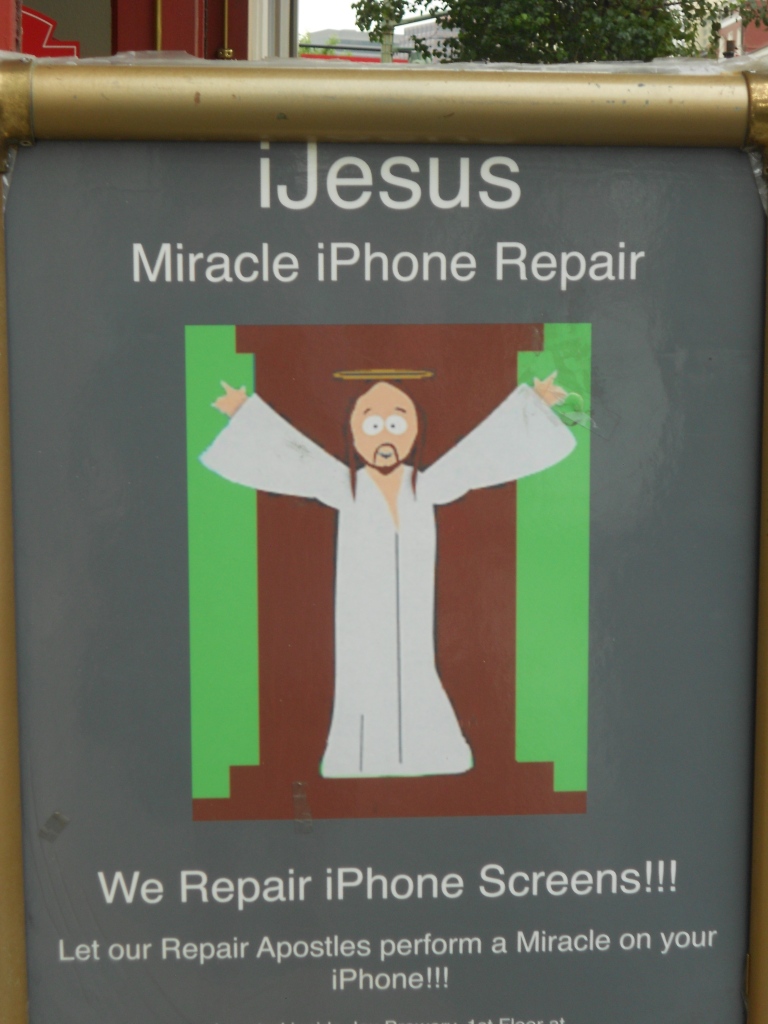 And after this week’s storms, it is a miracle it is SUNNY! 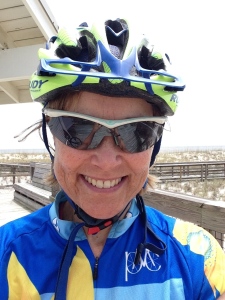